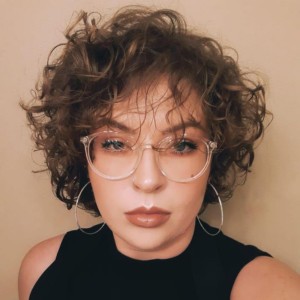 snippets of a story (kenna + no dark disguise)

Smoothly, Rago replied, “At least you have the good sense to leave me to my business.”

Bortz nodded continually, lowering his sword and backing away. He took a deep breath and puffed out his chest. “It’s an honor to meet your glorious self.”

Rago did not respond; he only raised an eyebrow and waited until Bortz motioned at the men behind him to leave.

“I do not require your apologies,” said Rago. “Only your absence.”

“Arguing among ourselves will not help,” he said, acknowledging her presence without looking at her. The others were now behind them, although Kenna could hear Farr plying Rago with questions he did not seem to have answers to.

“But it can be very satisfying,” Kenna pointed out.

“But his life has not been an easy one. You have not known his breed of pain, or sorrow. If you wish to know about him, ask. If you do not, do not ask.”

The mountainous elf’s smile showed both rows of teeth. He had long ago carved symbols into his teeth, runes from the North. When Kenna was eleven years of age she had asked him what the runes meant. He had replied that they were the lines from a Northern lay depicting their once-greatest warrior, Oldorin. May thine enemies be cut down before thee.

Kenna had gone to Einar and requested similar symbols be carved into her own teeth, but he had refused to oblige, stating that she would regret the decision once she was older.

“And if I do not?” she had asked, indignant with the rebuff.

“Then you will carve them yourself,” he had responded.

Alaric eyed the house from across the nearest fence-line before turning back to face the others. “Let me speak with them.”

“Why you?” Kenna wanted to know.

“He has a point,” said Farr, before the wizard could reply. “You all make a terrifying lot.”

Kenna realized she was included in the statement, and felt her brief sense of indignation fade in the happy knowledge that someone thought she was terrifying.

“He’s a type-A control freak. He’d probably rather punch himself in the face than ask someone to apartment-sit with him in case of sudden somnambulism.”

“He should get that on a tee shirt. ‘In case of sudden somnambulism, punch face.’”

Castle looked from one face to the other. He settled on Skinner. “Just behave yourself.”

“It offends me,” said Skinner, “that you felt the need to say so.”

In thirty-three years, Skata had never met another man who managed to make a relaxed stance and an amiable expression seem full of terrifying, unspoken threats.

Breeze, warm and syrupy, blew in through the open window, tossing the curtains gently aside. Frogs and cicadas chirped and croaked in a constant symphony that had taken Angel some getting used to when he first moved to the South. Now the sound was pleasant, almost comforting in a way.

“Looks like the whole town’s here,” Angel remarked, climbing out of the car and walking around to open Easton’s door.

“Aw, and they say chivalry is dead.” She took his offered hand and let him help her out of the car.

“Not dead, just old. And vampiric,” he responded.