I never do writing prompts, for several reasons. There isn’t enough room for me to explore and describe everything I want, I have difficulty connecting with characters in 500 words or less, and often prompts feel pointless. I’ve enjoyed short stories in the past, but prompts? They’re much too short. I’d rather not.

Yesterday, knowing full well my hatred of prompts,  Arielle emailed one to me. I was itching to write, but hadn’t had the time to settle back into a novel since the move.

The prompt was the sentence, ‘Dancing can reveal all the mystery that music conceals.’ The setting had to be ‘fall-festival’ themed. Wanting to write something, even if it meant writing a prompt, I started writing without any direction whatsoever. I even wound up enjoying myself. Who knows? Maybe my life could use a few more prompts. 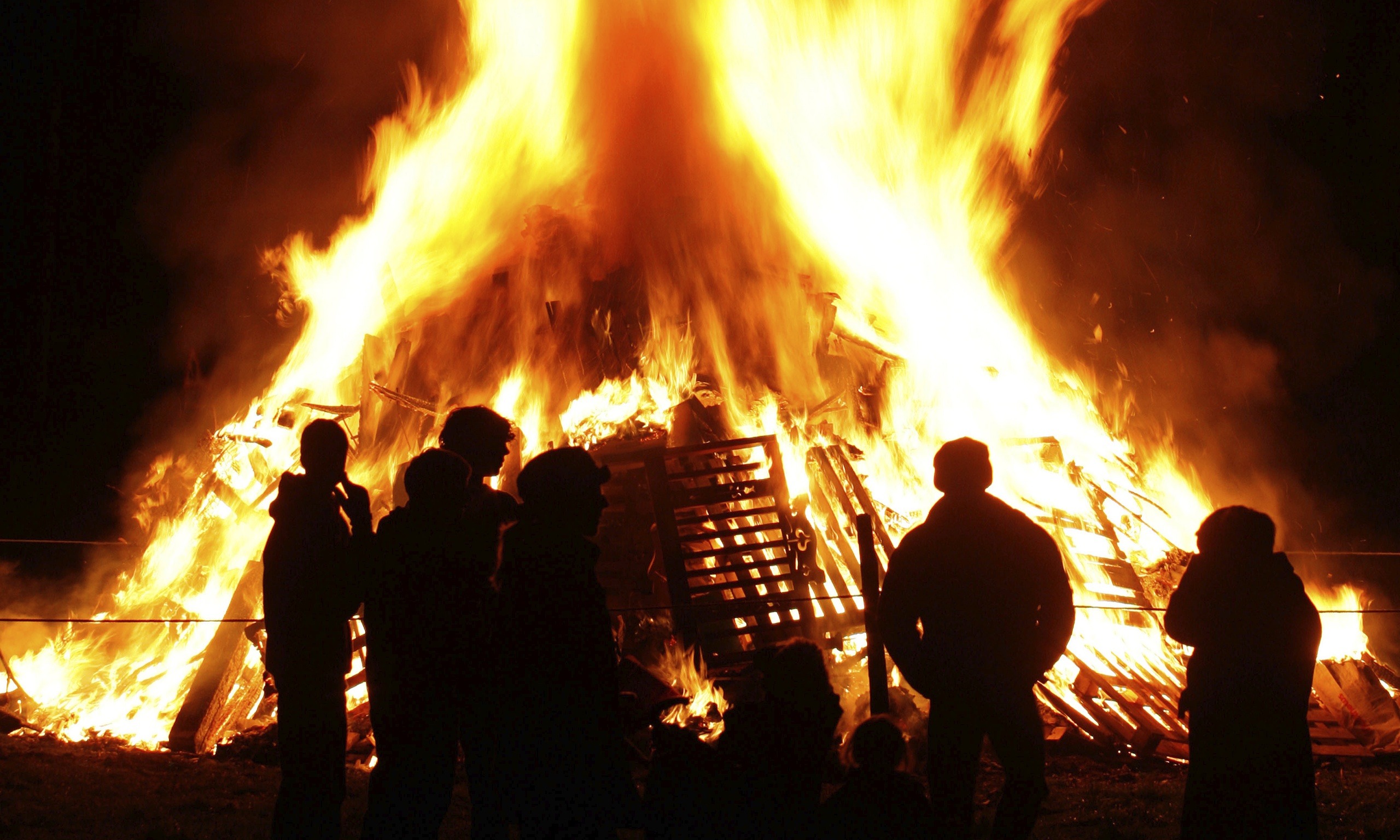 “Dancing can reveal all the mystery that music conceals.”

Hayato glanced over at Presley, or what he could see of her. Smoke from her pipe had made a cloud around her face and the blue-covered book in her hand, but he could still see her unruly auburn hair. She looked like Baba Yaga in training.

She lowered pipe so she could frown at him. “It’s not my poetry.”

“Then Anonymous’s poetry sucks.” He hopped down off the rock and crossed over to Presley’s camping chair, the heat of the bonfire against his back. “Where’d you get a book of anonymous poetry?”

“I found it on campus right before the sprinkler hit it.”

“Huh.” He peered over her shoulder, then coughed as she blew out another puff of smoke.

“At least it smells nice,” he choked.

“Cinnamon and rum. Sorry about that. Here.” She held out the book. “Take a look.”

He took it and flipped through the pages. It was a well-made little book; dyed leather and leaf-thin pages. “Looks tea-stained,” he said. “I did that to stuff when I was like, nine.”

“I thought Japanese people were supposed to serve tea, not ruin paper with it.”

“That’s racist.” He flipped another page and read aloud, “The moon is jealous; one day it will eat the sky.” He lowered the little book and stared blankly at Presley.

“Let me guess,” she grinned. “The title is ‘carnivorous moon’? ‘Who’s the green cheese now’?”

“No title. Probably because this stuff is embarrassing, geez.”

They turned in unison to look at Keesa and Knox, the brother-sister duo who had organized the bonfire. Knox bent down and turned on the speaker by the side of his chair. Tubthumping began to blare, and a few of the soon-to-be grads stood up and began bouncing enthusiastically to the music, bottles of cold wassail waving in the air.

“Chumbawamba’s poetry sucked, too,” said Presley. “Can I have the book back?”

Hayato thumbed through the book, looking for an address or phone number.

“There isn’t one. I already looked.”

He handed it back. “I would’ve just burned it.”

She glanced down at the open page. “’Her grave lies unmarked; her red hair matted with dirt, worms feasting on her shriveled heart.’ This one has a title.”

“’The Honest Truth.’ This,” she said gravely, “is the little blue tea-stained book of a murderer.”

“GUYS!” Keesa shouted again, this time accompanying it with a whistle.

Hayato sighed and nodded toward the ever-growing bonfire. “Wanna Tumbthump?”

She fluttered her lashes and set the book and pipe down on the chair. “You say the nicest things. Let’s flail.”

As they bounced back toward the other students, Hayato released an inner sigh of relief and let his gaze linger on Presley until she caught his eyes and flashed him a grin.

It was a good thing he hadn’t written his name in that book.

The prompt was from Pinterest and the setting from Arielle; if you feel like writing your own response to the prompt, let me know how it goes or leave the story in the comments!